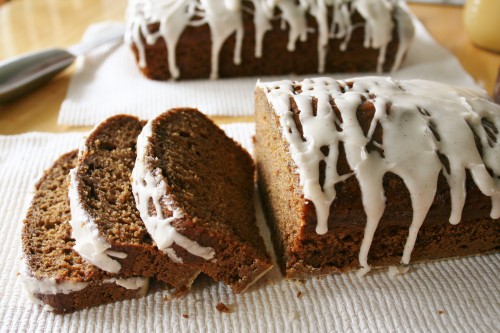 I love honey and apple butter!  So, I decided to combine the two to form this delicious bread! 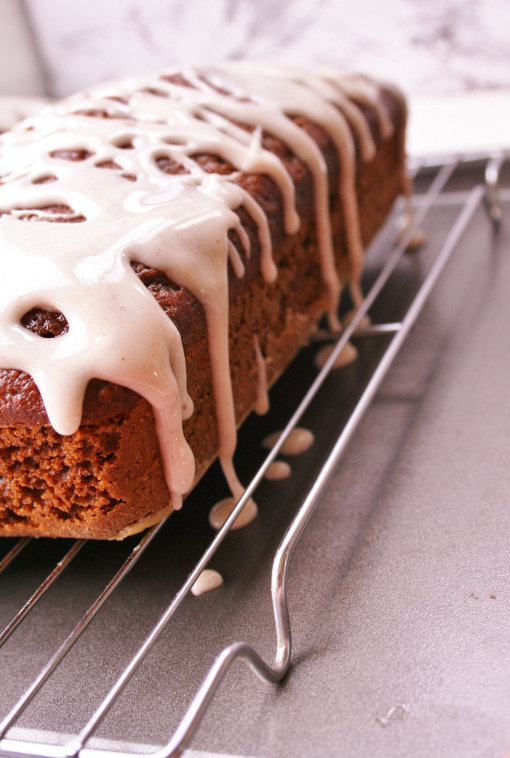 The weather was a little cooler here in Michigan and inspired me to make this, honey apple butter bread with cinnamon glaze.  Plus, I needed to use up some apple butter.  I also, bought a large jar of honey and thought the two would be good together.  I was right, they are! This bread is full of apple butter flavor and sweet honey.  This bread will remind you of the fall season. 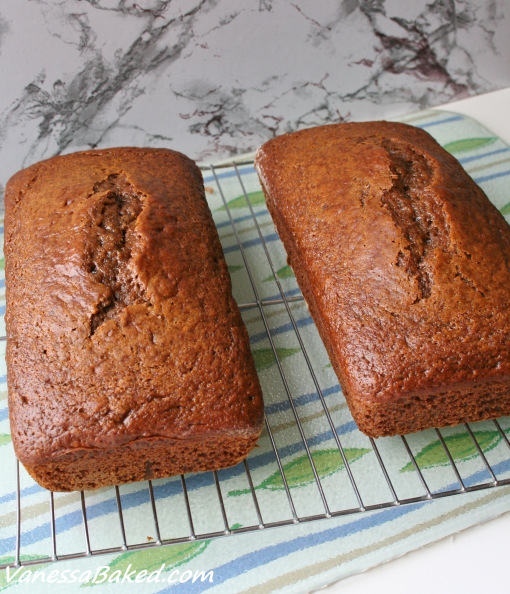 I just sliced a piece to have with my tea.  I just might have another while I type this post.  This honey apple butter bread looks great without the glaze and smells so good! 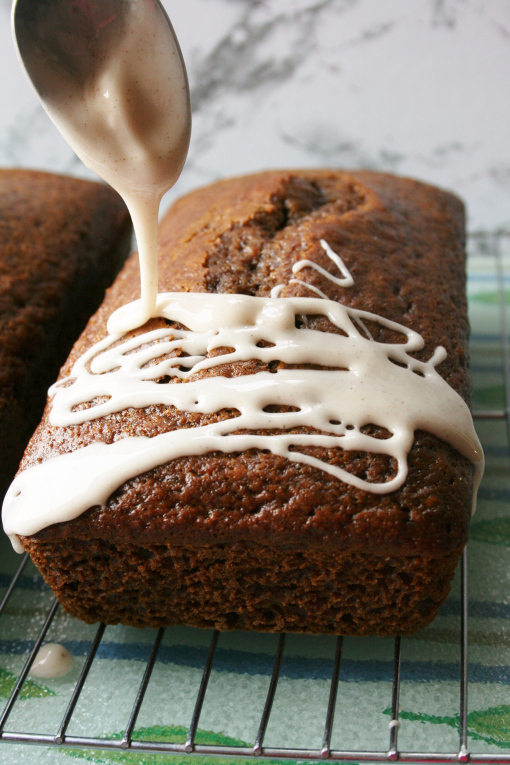 I was able to to get two loaves from this recipe.  I used slightly smaller loaf pan sizes.  The pans I used, measured 8 x 4.25 inches.  They baked for 47 minutes at 350 degrees.  I sprayed non-stick cooking spray in the pans and floured them, to prevent sticking.  You could use a standard loaf pan and bake for 1 hour at 350 degrees. 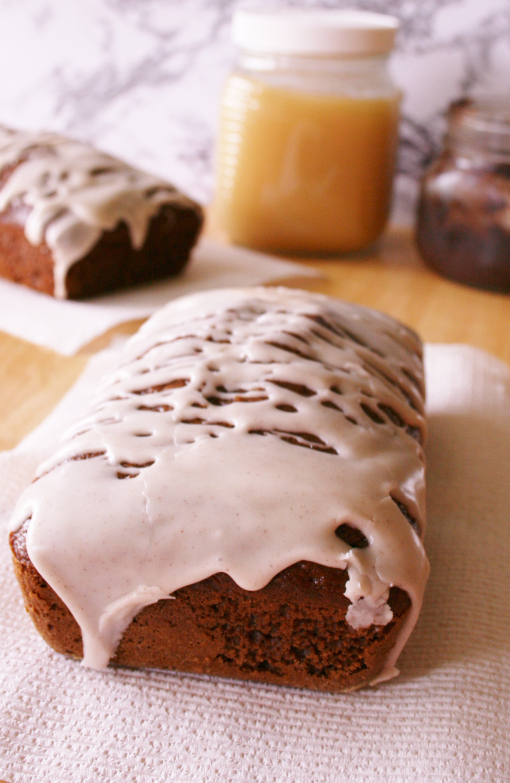 If you enjoy drinking a glass of apple cider, then you’ll enjoy this honey apple bread with cinnamon glaze.  Actually, this would be perfect to pair with some hot apple cider.  Wishing I had a hot mug of apple cider right now!  Ooh, fresh apple cider donuts sound good!  Ok, getting hungry again.  Focus! 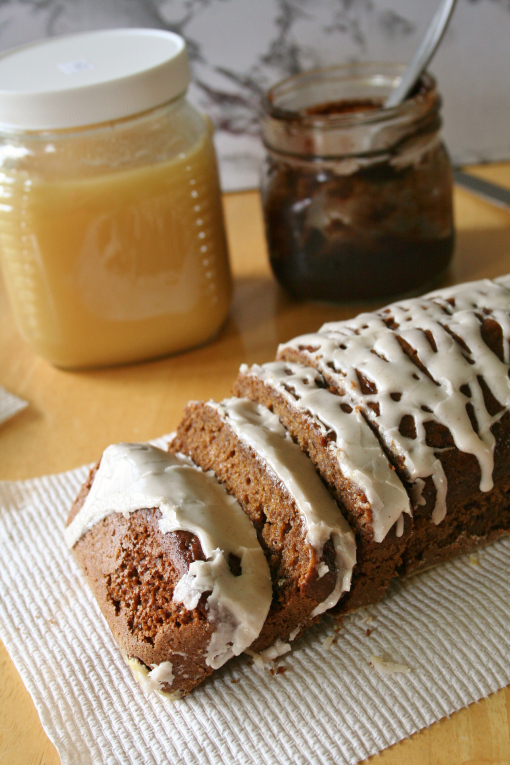 Get out the mixing bowl and whip up a batch of this bread.  The house will smell like cinnamon and apples.  That’s a pretty good combination.  It did smell good in our house, when this was baking.  We ate half a loaf and sent the rest to work with my husband. 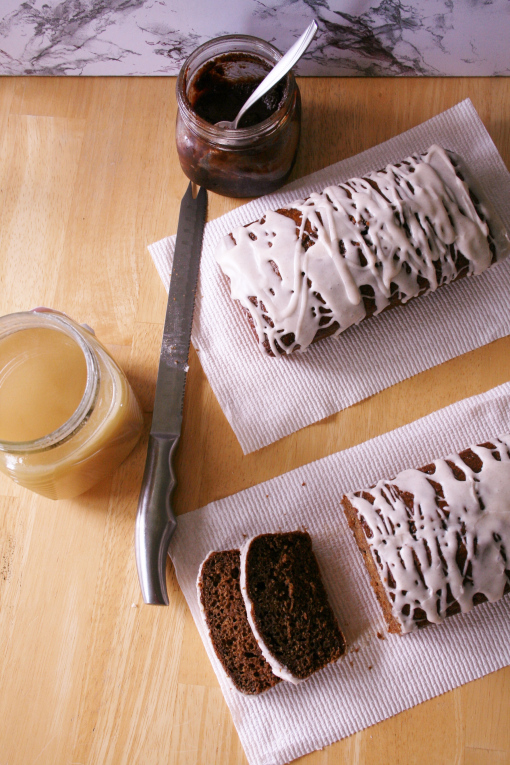 Go bake up some memories with your family! 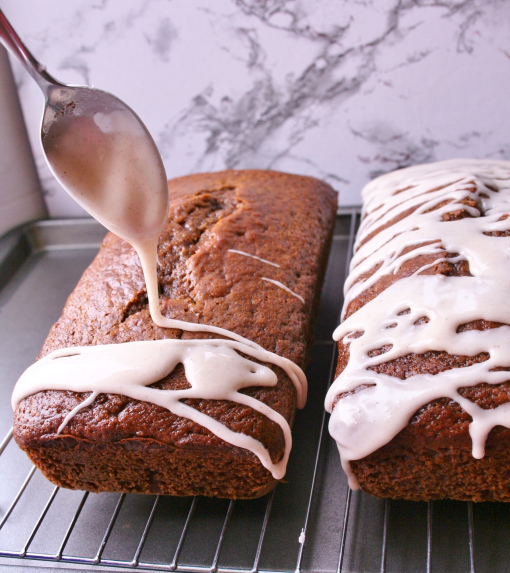 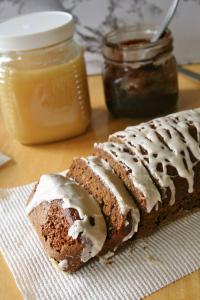 Honey and apple butter combine to make this tasty bread. Then a cinnamon glaze is drizzled on top.

Tip: Place bread on wire rack over a cookie sheet to drizzle glaze. This helps to keep glaze from getting all over the counter. 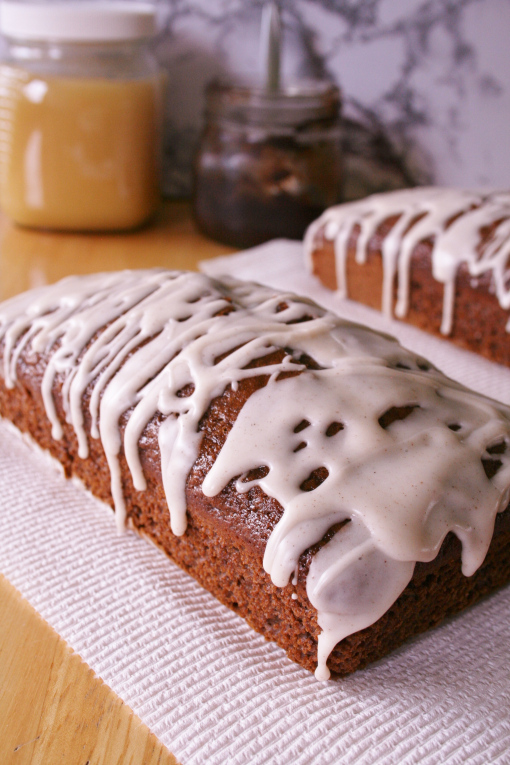 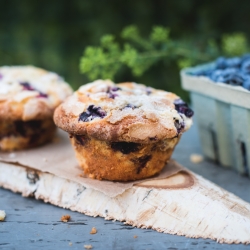 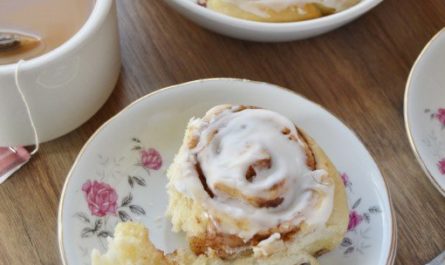 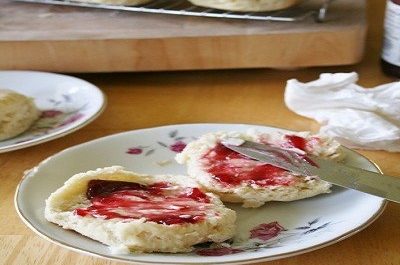